As you can tell from the title, I will be talking about all the books I read in June.

In the month of June I read a total of 4 books.

The Blue Bench by Paul Marriner 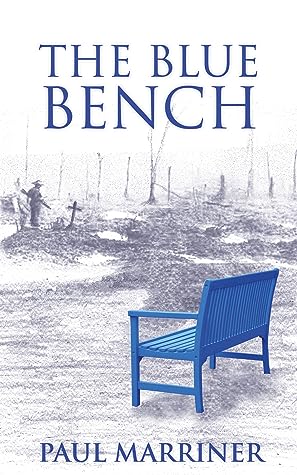 The Great War is over but Britain is still to find peace and its spirit is not yet mended.

Edward and William have returned from the front as changed men. Together they have survived grotesque horrors and remain haunted by memories of comrades who did not come home. The summer season in Margate is a chance for them to rebuild their lives and reconcile the past.

Evelyn and Catherine are young women ready to live to live life to the full. Their independence has been hard won and, with little knowledge of the cost of their freedom, they are ready to face new challenges side by side.

Can they define their own future and open their hearts to the prospect of finding love?

Will the summer of 1920 be a turning point for these new friends and the country?

I was part of the blog tour for this book and really liked the book. You can find my full review here. 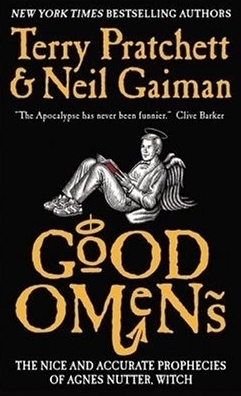 According to The Nice and Accurate Prophecies of Agnes Nutter, Witch (the world’s only completely accurate book of prophecies, written in 1655, before she exploded), the world will end on a Saturday. Next Saturday, in fact. Just before dinner.

So the armies of Good and Evil are amassing, Atlantis is rising, frogs are falling, tempers are flaring. Everything appears to be going according to Divine Plan. Except a somewhat fussy angel and a fast-living demon—both of whom have lived amongst Earth’s mortals since The Beginning and have grown rather fond of the lifestyle—are not actually looking forward to the coming Rapture.

And someone seems to have misplaced the Antichrist . . .

I wanted to read this book before I watched the show, which I still haven’t watched. I did enjoy this book but for some reason found it really slow to get through. 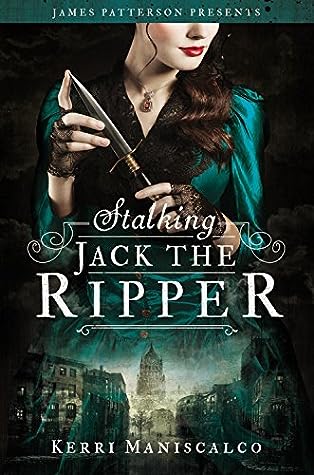 Presented by James Patterson’s new children’s imprint, this deliciously creepy horror novel has a storyline inspired by the Ripper murders and an unexpected, blood-chilling conclusion…

Seventeen-year-old Audrey Rose Wadsworth was born a lord’s daughter, with a life of wealth and privilege stretched out before her. But between the social teas and silk dress fittings, she leads a forbidden secret life.

Against her stern father’s wishes and society’s expectations, Audrey often slips away to her uncle’s laboratory to study the gruesome practice of forensic medicine. When her work on a string of savagely killed corpses drags Audrey into the investigation of a serial murderer, her search for answers brings her close to her own sheltered world.

I had been wanting to read this for so long so when Destiny @ Howling Libraries announced the stalk-a-long I knew I had to join in. I loved this book and read it in two sittings! That’s a big achievement because I hadn’t done that in so long. That being said, the mystery of the book was kind of predictable,but it was still interesting finding out what happened.

The Heart Of Stone by Ben Galley 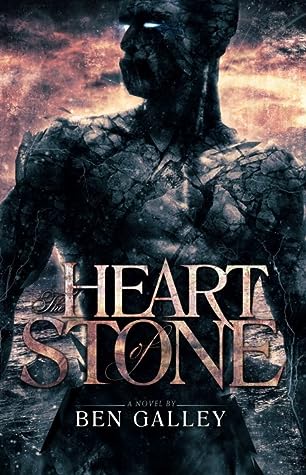 Merciless. Murderer. Monster. He has been called many names in his time.

Built for war and nothing else, he has witnessed every shade of violence humans know, and he has wrought his own masterpieces with their colours. He cared once, perhaps, but far too long ago. He is bound to his task, dead to the chaos he wreaks for his masters.

Now, he has a new master to serve and a new war to endure. In the far reaches of the Realm, Hartlund tears itself in two over coin and crown. This time he will fight for a boy king and a general bent on victory.

Beneath it all he longs for change. For something to surprise him. For an end to this cycle of warfare.

I was also a part of the blog tour for this book and I’m happy to say I really enjoyed it too. You can find my full review here. I did initially give this book 5 stars but it’s more close to 4.5 maybe. I’m not sure but I did really like it.

I’m kind of dissappointed in my reading because I could have definitely read more books as I’m on break from University. Hopefully I can read more this month!

What was your favourite book you read in June?